Welcome to the Estonian American National Council website where you can find more information about Estonia and stay up to date with Estonia-related events. We hope you enjoy the program! The Estonian American National Council is a proud sponsor of this ambitious production, a musical aimed toward the American theater-going public. May the Singing Revolution: The Musical brings you inspiration and delight, and may the Estonian people´s history of fierce determination and peaceful resistance be of inspiration to us all in whatever challenges lie ahead! 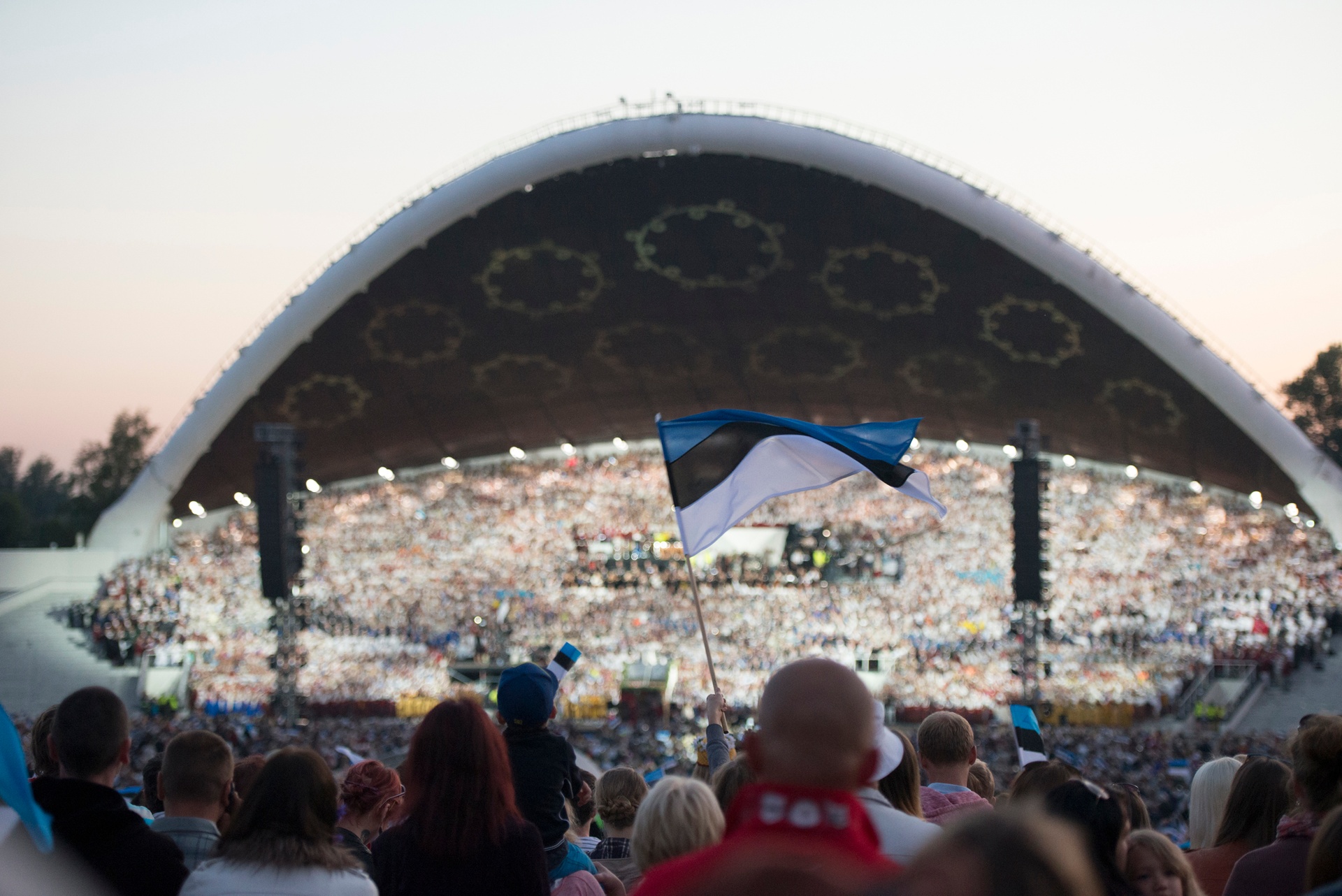 History of the Estonian Singing Revolution

Activism through the power of song in three Baltic states of Estonia, Latvia, and Lithuania.

The important role of popular music in the protest movement that started in Estonia in the late 1980s and ultimately led to the restoration of independence was revealed already at the very beginning of the movement. A mass protest campaign was launched against the planned environmentally hazardous mining of phosphate in Estonia in spring 1987. Young composer Alo Mattiisen (1961-1996) and poet Jüri Leesment (1961) created a song No Land Is Alone, emphasising the bond between all Estonians and their solidarity with the inhabitants of Virumaa (eastern Estonia) – the area for the planned mines. Different verses of the song were sung by about a dozen of the most loved pop stars of the ESSR of the time and it rapidly became extremely popular.

The real Singing Revolution started in 1988, when performing patriotic songs at mass events became usual… A core repertoire consisting of about 20 most favoured and loved songs was formed, sung by singers at concerts and by people at their homes. This repertoire included songs from the period of national awakening in the late 19th century; among them was the national anthem of the Estonian Republic, My Native Land, My Joy, Delight. Public singing of this song could only a couple of years earlier have been punished as ‘hooliganism.’

In addition to these, there were contemporary pop songs in different genres (rock, folk, etc.). A song cycle Five Patriotic Songs, created by Mattiisen and Leesment and partially based on hundred-year-old patriotic choral songs, became especially popular. Modernised lyrics of the songs stressed the importance of people’s feelings of togetherness and adherence to traditions, and drew attention to topical problems, such as the indifference of the authorities and increasing migration.

Pop singers performed these songs at different music festivals as well as at political events, and very often tens of thousands-strong audiences sung along with them. One of the most remarkable events of such a nature was Estonian Song, organised at the Tallinn Song Festival Grounds in September 1988 by the Popular Front, and filling the Festival Grounds with an audience of at least 100,000 people. Songs were also sung at the Baltic Way (the human chain of nearly two million people, which united the three Baltic countries from Tallinn to Vilnius) in August 1989 and at other patriotic mass events.

The Singing Revolution played an extremely important role in the regaining of Estonia’s independence, expressing the sentiment and attitude of the people and thus influencing both the local and the Kremlin authorities. The term ‘singing revolution’ is also used to generalise the important role of patriotic songs in the similar processes of regaining of independence in Latvia and Lithuania during the same time period. – Source: estonica.org

Learn More About Estonia & The Power of Song